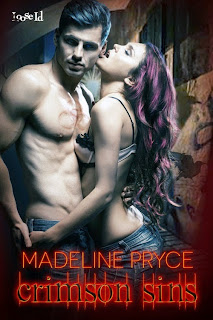 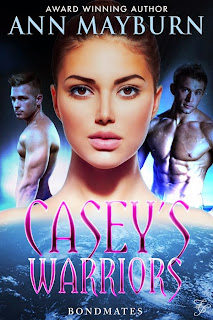 Casey's Warriors Bondmates, #1 Novel Length Heat Level: Erotic M/F, M/M, M/F/M, M/M/F, M/F+M+M+M Sci-fi Erotic Romance Release Date June, 2014 Lorn Adar has searched more than a lifetime to find his bondmate—the only woman he was born to love and the only woman who can save him from the approaching madness that threatens all unbounded males of his race. When he and his people find a way to Earth and the women who could hold their future, Lorn will do all in his power to not only find his mate, but show her a Universe she never knew existed. Casey Westfall’s normal life will change forever once she finds the sexy leather clad man on her doorstep. One innocent kiss leads to an adventure that will span worlds and Casey will have to choose between the man who is the other half of her soul and never seeing her family or her world again. To complicate matters Kadothians live in polyamerous family units and Lorn will have to convince his Earth bride to accept not only his love, but the love of his best friend and brothers in arms or risk the chance of losing them to either the madness or the Hive—the race of sociopathic women bent on destroying and enslaving everything in their path, but Casey can't see loving more than one man as being anything other than a sin. Lorn will have to teach his bride that she was created for both of them just as they were created only for her. In a Universe where all is possible, the battle to protect not only his people, but his heart rests on the soul of a human woman who must face the unknown and take a leap of faith that could save or destroy them all.
Gepost door Jolanda op 08:44 Geen opmerkingen: 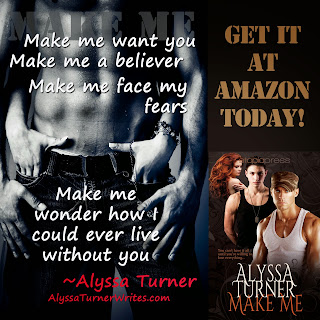