Harper and Knox are back and better than ever! The fourth book in Suzanne Wright's globally bestselling The Dark in You series is not to be missed.

The final horseman awaits . . . and the stakes have never been higher. With the birth of their son, Asher, Harper and Knox are both more powerful and more vulnerable than they've ever been before. Asher's charm has seduced even the devil himself, but Harper knows that the real villain is still out there, and as desperate as ever to see the Primes fall. They're laying low, and there's no way to tell which one of their circle is really a deadly foe . . . When the final horseman makes their move, Harper and Knox will have to use all the considerable power at their disposal - and that may even include Asher's mysterious abilities. One thing's for sure - this is a baby who's more than a match for any demon coming after him. It's time for the world's most formidable family to take the fight to the enemy . . .

Suzanne Wright lives in England with her husband and two children. When she’s not spending time with her family, she’s writing, reading or doing her version of housework – sweeping the house with a look. She can’t remember a time when she wasn’t creating characters and telling their tales. Even as a child, she loved writing poems, plays, and stories. As an adult, Wright is the author of novels Shiver, From Rags, the Deep in Your Veins novels, the Dark in You series, and the Phoenix Pack series. She’s worked in a pharmaceutical company, at a Disney Store, at a primary school as a voluntary teaching assistant, at the RSCPA, and has a First Class Honours degree in Psychology and Identity Studies. She enjoys reading, writing, reading, writing (sort of eat, sleep, write, repeat), spending time with her family, movie nights with her sisters and playing with her two Bengal cats.

Bodyguard and former military man Cutter Bryant has always done his duty–no matter what the personal cost. Now he's taking one last high-octane, high- dollar assignment before settling down in a new role that means sacrificing his chance at love. But he never expects to share an irresistible chemistry with his beautiful new client. Fame claimed Shealyn West suddenly and with a vengeance after starring in a steamy television drama, but it has come at the expense of her heart. Though she's pretending to date a co-star for her image, a past mistake has come back to haunt her. With a blackmailer watching her every move and the threat of career-ending exposure looming, Shealyn hires Cutter to shore up her security, never imagining their attraction will be too powerful to contain. As Shealyn and Cutter navigate the scintillating line between business and pleasure, they unravel a web of secrets that threaten their relationship and their lives. When danger strikes, Cutter must decide whether to follow his heart for the first time, or risk losing Shealyn forever.

paranormal, and historical romances via traditional, independent, foreign, and audio publishers. Her books have sold millions of copies and been published in a dozen languages. Raised an only child, Shayla occupied herself with lots of daydreaming, much to the chagrin of her teachers. In college, she found her love for reading and realized that she could have a career publishing the stories spinning in her imagination. Though she graduated with a degree in Marketing/Advertising and embarked on a stint in corporate America to pay the bills, her heart has always been with her characters. She’s thrilled that she’s been living her dream as a full-time author for the past eight years. Shayla currently lives in North Texas with her wonderfully supportive husband, her daughter, and two spoiled tabbies. In her “free” time, she enjoys reality TV, reading, and listening to an eclectic blend of music.

Cover Reveal ~ Because You’re Mine by Claire Contreras

When you grow up in the most feared mafia family, it's easy to identify the kind of men that are bad news.
They're the ones with experience. The ones with secrets. The ones that exude sex just by saying your name.
From the minute I laid eyes on Lorenzo, I knew he wasn't just bad news. He was the headline.
My opinion didn't change on our second meeting.
Or our third.
But my head and my heart are at war.
He’s too mysterious, too gorgeous, too wild, and now, he wants me. I should run far away. So why am I racing toward him? I’m totally going to get burned. I know it. A man like Lorenzo won’t leave me unscathed. He'll make ashes of me.

Claire Contreras is a New York Times Best Selling Author. Her books range from romantic suspense to contemporary romance and are currently translated in seven different languages. She lives in Miami, Fl with her husband, two adorable boys, three bulldogs, and two stray cats that she refuses to admit are hers (even though they live on her porch, she named them, and continues to feed them). When she's not writing, she's usually lost in a book. 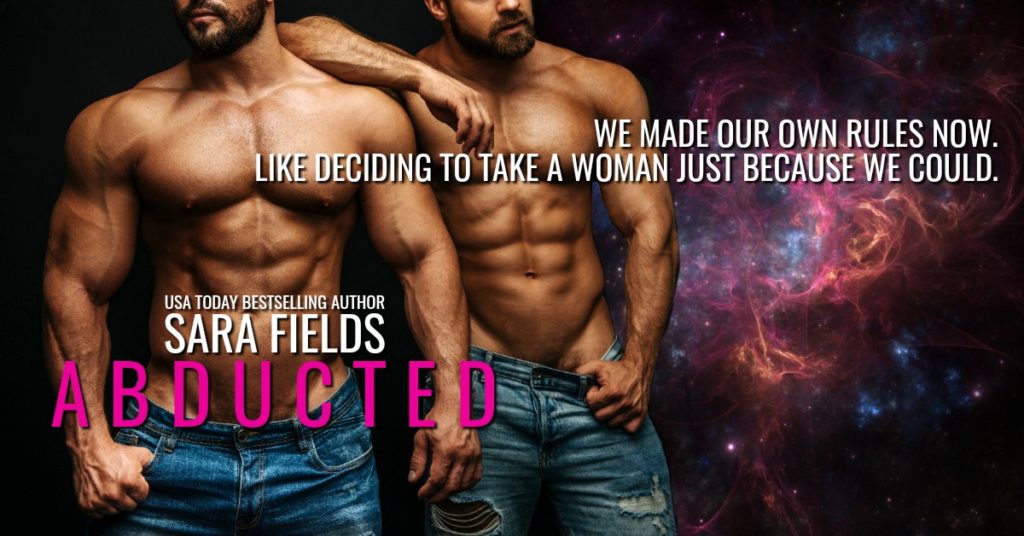 Mya escaped before the Vakarrans took over Earth. She's hidden away at the Celestial Mates Dating Agency for years, thinking she was safe from their grasp.
Only now, the Vakarrans have found her.
And they're going to take her.
Own her. Share her. And rule her world completely.

**Abducted may be read and enjoyed as a standalone Vakarran Captives spin-off set in the Celestial Mates universe!** 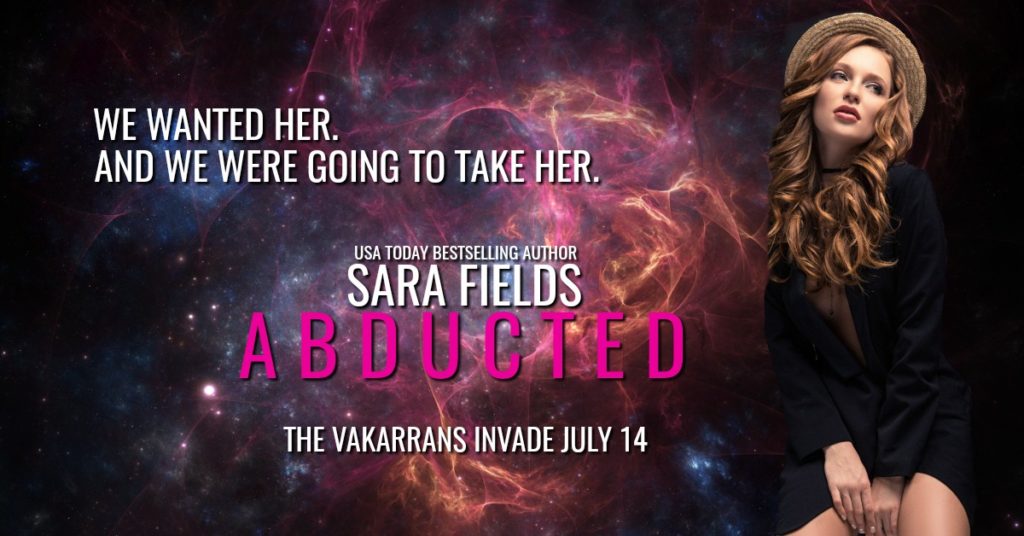 CAN'T WAIT FOR THE REVERSE HAREM HOTNESS?
Get the Vakarran Captives series TODAY:

BOTH #FREE IN KINDLEUNLIMITED!!!

Sara Fields is a USA Today Bestselling author of romance with a proclivity for kinky things, especially those centered in the HOT, NAUGHTY and DIRTY realm. If you like romance, science fiction, fantasy, menage, age play, pet play and other kinky filthy things, you will enjoy her books. 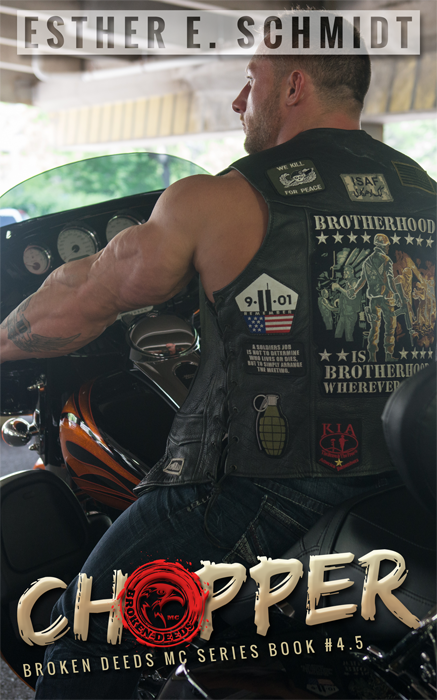 Some scars run deeper than healed wounds on the body. Memories can be a tricky thing; they can be special or traumatic, especially when you have no control over the trigger. When they hit, they can hit hard.
When Chopper ends up in the ER, the memories start and the only thing that soothes his pain is a woman from his past that holds special meaning. Ivy fights for her patients, but when her teenage crush lands in her ER she is forced to handle her scalpel in a whole different way.
Life is a constant struggle and it can be difficult to realize that one tiny moment in time can be just the change you need. Nothing is more difficult than fighting an inner battle, one that has branded scars into pieces of your soul. Will Chopper allow Ivy into his fight? Or will he continue to face his battles alone?

***Previously published in the "Help Our Heroes" A Military Charity Anthology*** 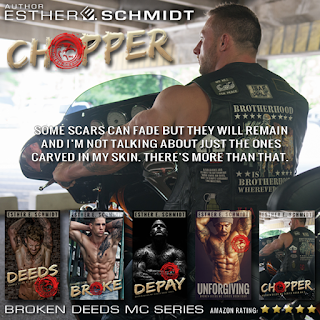 Chopper can be read as a complete standalone. But if you'd like to know all the characters for a greater reading experience: