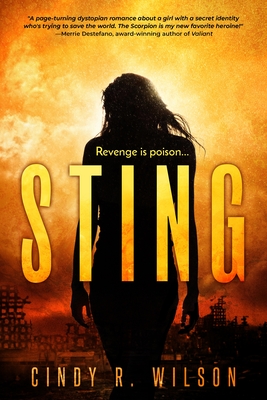 
They call me the Scorpion because they don’t know who I really am. All they know is that someone is stealing from people with excess to help people with nothing survive another day.
But then a trusted friend reveals who I am—“just” Tessa, “just” a girl—and sends me straight into the arms of the law. All those people I helped…couldn’t help me when I needed it.
In prison, I find an unlikely ally in Pike, who would have been my enemy on the outside. He represents everything I’m against. Luxury. Excess. The world immediately falling for his gorgeous smile. How he ended up in the dirty cell next to mine is a mystery, but he wants out as much as I do. Together, we have a real chance at escape.
With the sting of betrayal still fresh, Pike and I will seek revenge on those who wronged us. But uncovering all their secrets might turn deadly…

His fingers brush mine when he takes the knife, and I fight back a shiver, trying to hold my ground.
“Scorpion,” he says softly.
I brace myself for more Pike wisdom, or maybe even a mention of the kisses we’ve shared that we haven’t mentioned.
Instead, he smiles. “You’ve been a very good teacher. Are you sure you want to do this?”
“Yes.”
“If you say so.”
He takes his stance, gaze zeroed in on the board. He’s wearing a simple blue shirt, cut off at the shoulders, and his muscles flex when he lifts his arm.
I exhale just as he throws and the knife zooms to the board, hitting inside the widest ring, but not in the middle.
His eyes narrow. I smile.
“I’d like to see you do this with a distraction,” he says.
My heart flutters, but I nod. “No problem.”
I step to the line, a whole head shorter than Pike. I feel his eyes on me. In fact, he’s so close, I feel the heat from his body. But I’m focused, and all I can see is the red circle I’m aiming for.
I squeeze the blade between my fingers and hold my breath, preparing to throw.
Pike blows on my neck.
Chills race across my skin even as I fling the knife. The blade hits the board with a thud, straight in the middle.
Pike curses softly and shakes his head. I turn to him, unable to help the smile stretching wide across my face. “See? I know a little something
about focus.”
“I’m impressed.”
“Looks like you could use some practice.”
“What about on the mat?” He lifts an eyebrow. “Do you have focus there?”
Uh…no. But Pike doesn’t need to know that. “I have focus anywhere.”
He points. “Mat. Now.”
I lift my chin, toss the last knife at the board, and smirk when it hits the center. Then I walk to the mat. I get into my stance before he joins me. I wouldn’t put it past him to attack right away. Pike’s a big fan of not being caught off guard, and he’s taught me accordingly.
Pike stalks the edge of the mat, knees bent. He feigns a lunge, then laughs when I tense.
“You’re lucky I don’t have a knife,” I say, mock warning in my tone.
He takes a step closer. “Luck has nothing to do with it. It’s all about being prepared. Besides, I don’t want a hole in my side like Mongo.”
“He deserved it.”
Pike gives me his dangerous smile and takes another step. Almost close enough to reach me. “You’re not saying I deserve to be stabbed, are you?”
My chest vibrates with a low laugh, but I’m still on guard. “No, Pike. Not today, anyway.”
His smile lights his eyes. And suddenly he stands fully, shoulders relaxing, and closes the gap between us.
I draw in a sharp breath. “What are you doing?”
“What does it look like?”
His hands skim my arms, making me shiver. I lift my chin to meet his eyes, lips parting slightly.
“Pike,” I say, my voice coming out breathless.
Then he sweeps my legs from beneath me. I hit the mat hard, banging my elbows. I kick out and almost catch Pike’s leg, but he’s too fast. He bends and snags my arm, twisting it behind my back as he pushes me flat on my stomach. My breath whooshes out, but I don’t struggle. Crap. So much for proving I can’t be distracted.

Author Bio:
Cindy began creating worlds as a kid, entertaining her siblings with spontaneous ghost stories before bed. She filled notebooks with novels and ideas and realized quickly she wanted to be a writer as an adult.
Now Cindy lives in the foothills of the Rocky Mountains and loves using Colorado towns and cities as inspiration for settings in her stories. She's the mother of three girls who provide plenty of fodder for her YA novels. Visit her website to learn more about her books or subscribe to her newsletter: https://www.cindyrwilsonauthor.com

He’s ruthless. She’s off-limits. But he’s just met his one weakness… Now nothing will stop him from making her his.

Pierce “One-Mile” Walker has always kept his heart under wraps and his head behind his sniper’s scope. Nothing about buttoned-up Brea Bell should appeal to him. But after a single glance at the pretty preacher’s daughter, he doesn’t care that his past is less than shiny, that he gets paid to end lives…or that she’s his teammate’s woman. He'll do whatever it takes to steal her heart. Brea has always been a dutiful daughter and a good girl…until she meets the dangerous warrior. He’s everything she shouldn’t want, especially after her best friend introduces her to his fellow operative as his girlfriend—to protect her from Pierce. But he’s a forbidden temptation she’s finding impossible to resist. Then fate strikes, forcing Brea to beg Pierce to help solve a crisis. But his skills come at a price. When her innocent flirtations run headlong into his obsession, they cross the line into a passion so fiery she can’t say no. Soon, his past rears its head and a vendetta calls his name in a mission gone horribly wrong. Will he survive to fight his way back to the woman who claimed his soul?

APPLE BOOKS I BARNES & NOBLE I AMAZON US 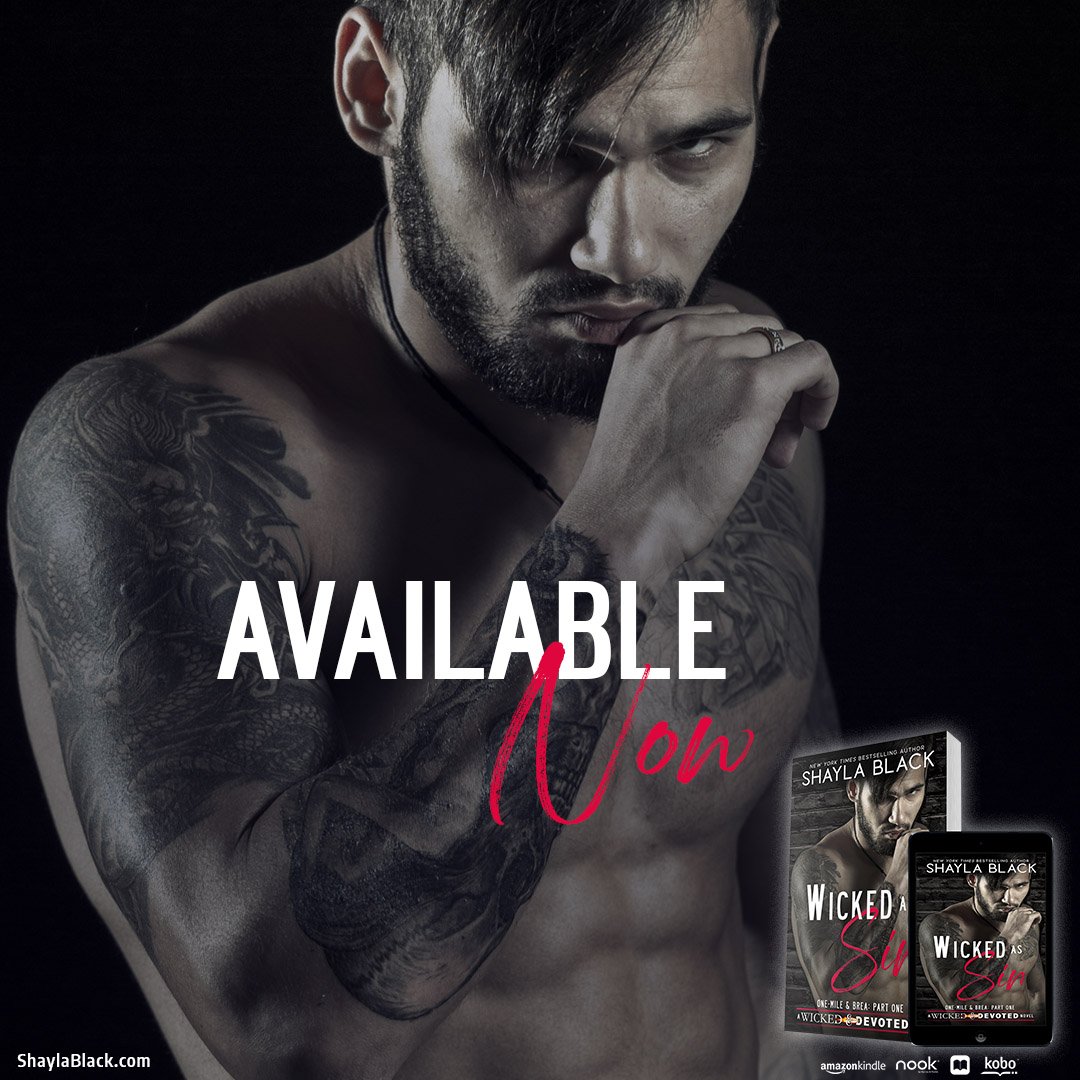 Shayla Black is the New York Times and USA Today bestselling author of nearly than eighty novels. For over twenty years, she’s written contemporary, erotic, paranormal, and historical romances via traditional, independent, foreign, and audio publishers. Her books have sold millions of copies and been published in a dozen languages. Raised an only child, Shayla occupied herself with lots of daydreaming, much to the chagrin of her teachers. In college, she found her love for reading and realized that she could have a career publishing the stories spinning in her imagination. Though she graduated with a degree in Marketing/Advertising and embarked on a stint in corporate America to pay the bills, her heart has always been with her characters. She’s thrilled that she’s been living her dream as a full-time author for the past eleven years. Shayla currently lives in North Texas with her wonderfully supportive husband, her daughter, and two spoiled tabbies. In her “free” time, she enjoys reality TV, reading, and listening to an eclectic blend of music.