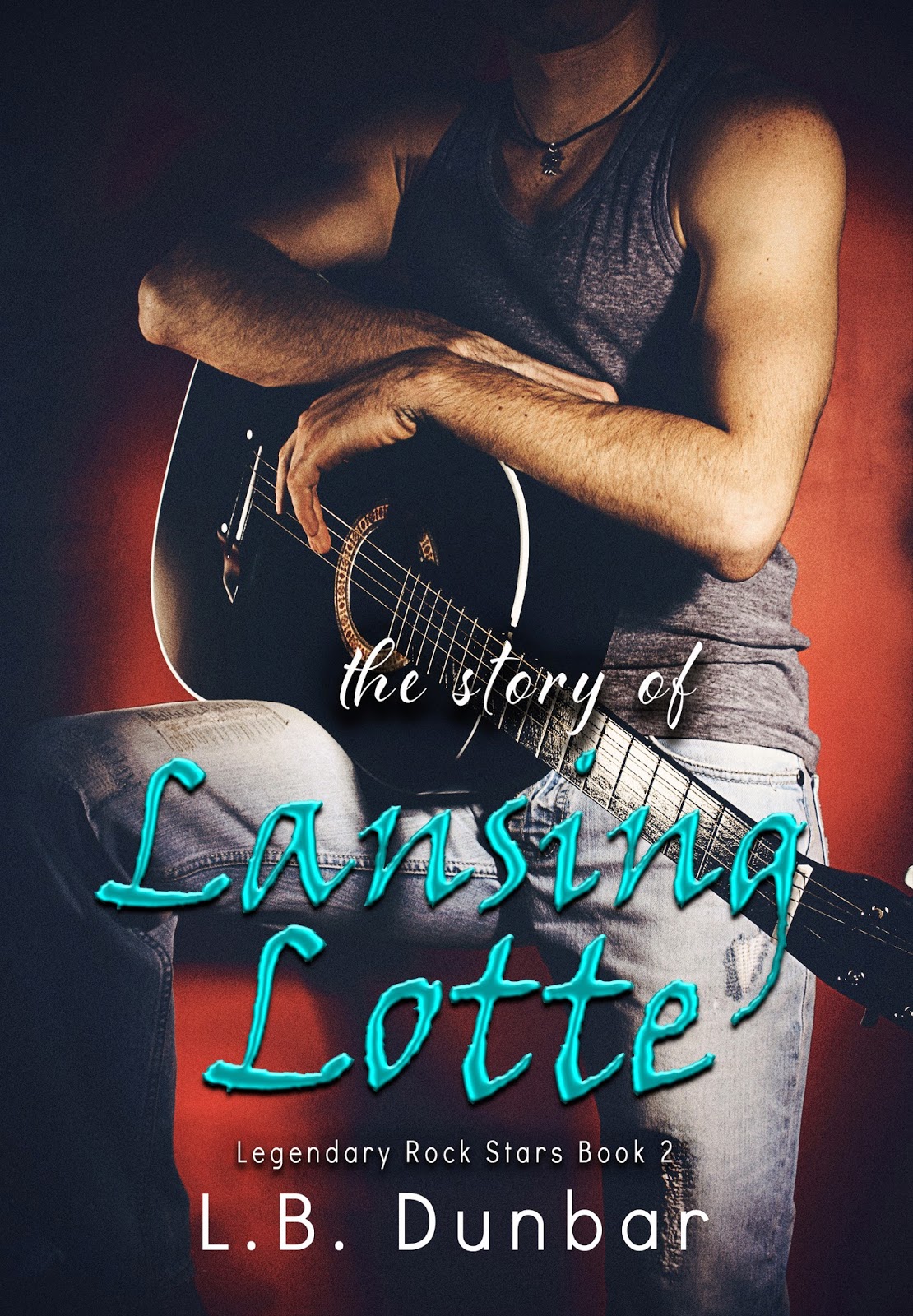 I get it. I’ve heard the jokes. My name sounds like some medieval character who was a hero. Hell, my best friend’s named Arturo King. Ring any medieval bells? But this is my story and I’m no hero. I also get the jokes. Lansing Lotte is a play on the words lance and lot. And a lance refers to a sword which is a euphemism for dick. What does a man do with his dick? He screws. A lot. So if my name is Lansing Lotte, I must be fucking lot. Get it? Fucking a lot. Which I’m not saying I don’t. That’s not the point. Another reference to something sexual. Get my point? Huh, I made a punny. But again this is my story, and I haven’t done anything funny. In fact, I’ve killed three women, and only one of them I loved. Yeah, that’s right.
Not laughing now. It’s not funny. And I’m definitely no fucking hero. 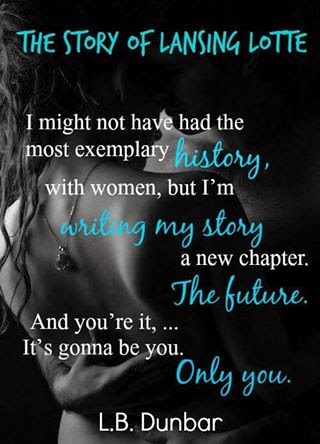 The Story of Lansing Lotte: Playlist 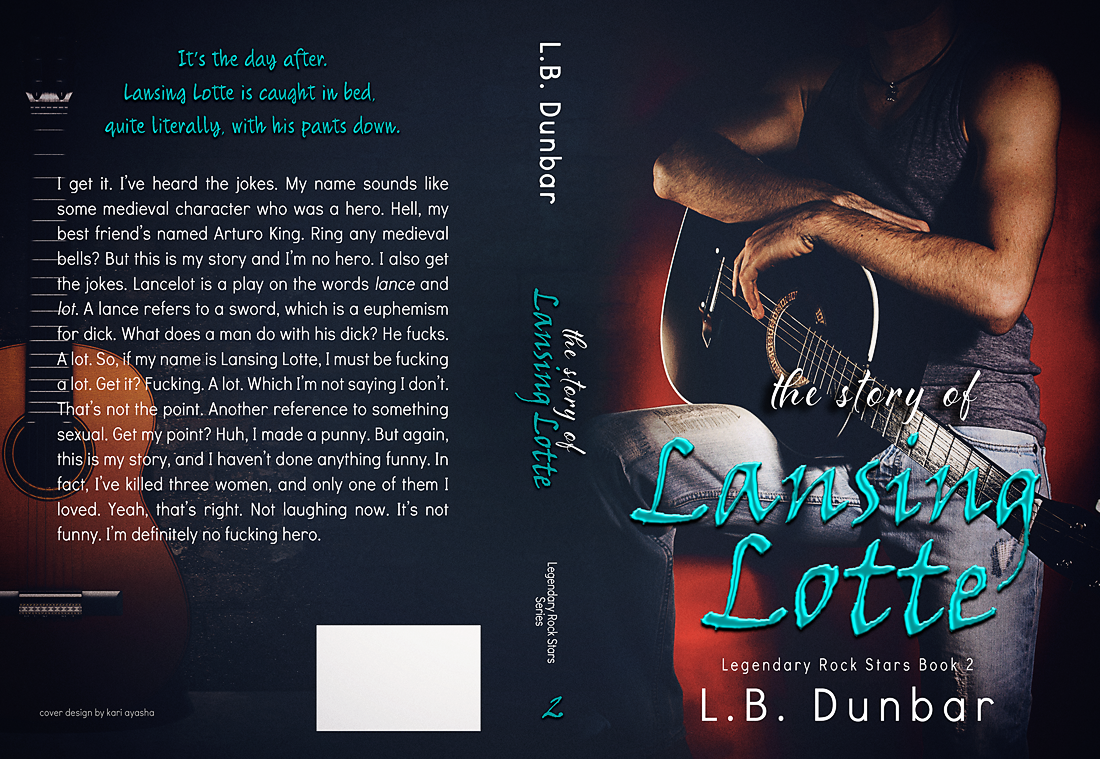 L.B. Dunbar loves to read to the point it might be classified as an addiction. The past few years especially she has relished the many fabulous YA authors, the new genre of New Adult, traditional romances, and historical romances. A romantic at heart, she’s been accused of having an overactive imagination, as if that was a bad thing. Author of the Sensations Collection, Sound Advice, Taste Test, Fragrance Free, Touch Screen, and the upcoming Sight Words, she is also author of the Legendary Rock Star series, beginning with The Legend of Arturo King. When not writing, she’s usually driving one of her four growing children somewhere. She grew up in Michigan, but has lived in Chicago for longer, calling it home with her husband and children.

I’d like to say I was always a writer. I’d also like to say that I wrote every day of my life since a child. That I took the teaching advice I give my former students because writing every day improves your writing. I’d like to say I have my ten-thousand hours that makes me a proficient writer. But I can’t say any of those things. I did dream of writing the “Great American Novel” until one day a friend said: Why does it have to be great? Why can’t it just be good and tell a story? As a teenager, I wrote your typical love-angst poetry that did occasionally win me an award and honor me with addressing my senior high school class at our Baccalaureate Mass. I didn’t keep a journal because I was too afraid my mom would find it in the mattress where I kept my copy of Judy Blume’s Forever that I wasn’t allowed to read as a twelve year old. I can say that books have been my life. I’m a reader. I loved to read the day I discovered “The Three Bears” as a first grader, and ever since then, the written word has been my friend. Books were an escape for me. An adventure to the unknown. A love affair I’d never know. I could be lost for hours in a book. So why writing now? I had a story to tell. It haunted me from the moment I decided if I just wrote it down it would go away. But it didn’t. Three years after writing the first draft, a sign (yes, I believe in them) told me to fix up that draft and work the process to have it published. That’s what I did. But one story let to another, and another, and another. Then a new idea came into my head and a new storyline was created. I was accused (that’s the correct word) of having an overactive imagination as a child, as if that was a bad thing. I’ve also been accused of having the personality of a Jack Russell terrier, full of energy, unable to relax, and always one step ahead. What can I say other than I have stories to tell and I think you’ll like them. If you don’t, that’s okay. We all have our book boyfriends. We all have our favorites. Whatever you do, though, take time for yourself and read a book. L.B. Dunbar,

Other Books by L.B. Dunbar
(Click on covers to buy now!!)