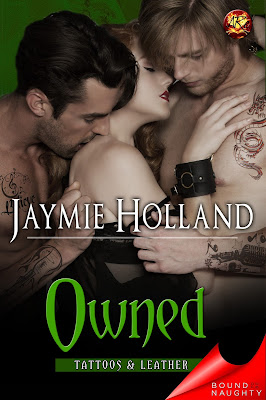 It takes two Doms to heal one submissive’s heart.

Morgan and Asher like to keep their professional and personal lives separate; few people know of their activities at Decadence, a club for the kinky elite. From the moment they meet the intriguing and irresistible Angel, they are determined to possess her and show her pleasure like she’s never known before.
Aware of her history, Morgan and Asher intend to help Angel trust again, and show her that submitting to two trustworthy Doms can help heal her past. Angel may be willing to give her new Masters her body for play, but what about her heart? 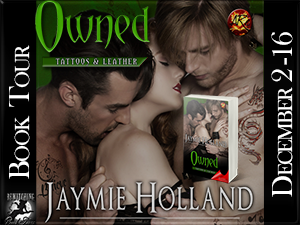 Asher pulled on a pair of snug leather pants as he thought about the brunette with the sage-green eyes who was as gorgeous as her namesake. Yes, Angel was beautiful in many ways.
Faith had spoken with Terry earlier that morning about Angel. Terry was the third member of the partnership that owned Decadence and the front man who ran the place. Faith had called to vouch for Angel even though Terry had already met her.
Terry was also a member of Spirits, although he most often went when Asher and Morgan weren’t there because their hours were different. However, even if the three were at the gentlemen’s club at the same time, Terry never joined Asher and Morgan because the trio needed to avoid any public affiliation due to the anonymity factor.
The fact Asher and Morgan were well-known executives in the music industry, and owned a studio, made it necessary to keep their BDSM activities private.
Music had been a part of their lives since the three were young and wild. Back in high school and college, Asher, Morgan, and Terry had been known to party to all hours, indulge in creative sexual activities, and were utterly unrepentant in whatever they did.
Sometimes Asher missed those times, but his days were rich and fulfilled and he couldn’t complain one damned bit—with one exception. All that was missing was the perfect woman to complete his life.
Whenever they had a chance, Asher and Morgan lounged with Terry in his office while they drank good Scotch and talked about music, politics, and women. Especially women. Terry knew from those conversations Asher was attracted to Angel, and it was clear Morgan was too. The stubborn ass just didn’t want to admit it.
Considering his own desire for Angel, Asher wasn’t sure why he wanted Morgan to acknowledge his interest in her. After what Morgan had been through, he needed a good woman. Asher was certain that’s exactly what Angel was—a good woman. His own feelings about her had him at war with himself.
Morgan… After what Dani had done to him…
The bitch had changed him with what she’d done. Dani had not only used him to climb the music business ladder, but she had fucked one of their best friends from college.
Morgan had been in love with her, and the way she’d used him and screwed the so-called friend, had really done a number on his view of the world.
He’d grown angry and cynical since then. It hadn’t just been Dani. It had also been the betrayal of their former friend.
Yes, Morgan needed to heal.
Asher wanted a woman he’d love and grow old with one day.
Whose need was more important?
It was equal in Asher’s mind.
Her warm heart, compassion, humor, intelligence—everything they’d gotten to know of her and about her. And just the fact that Asher felt it. His senses told him over and over, She’s the one.
He contained the competiveness naturally growing inside him. Yes, he and Morgan both needed Angel. He knew deep in his gut she could fill holes in both their lives that no one else could.
Was sharing the solution?

For more information on other books by Jaymie, visit her website: