Enter to Win a Print Copy of BLOOD LUST 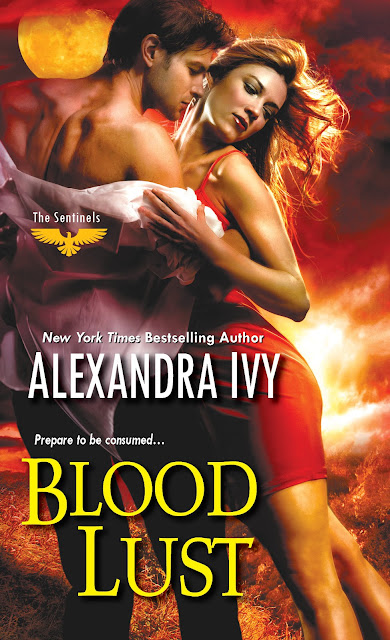 Blessed and cursed by their hidden abilities, the Sentinels have no choice but to live, and love, on the edge of humanity…

The Sentinel assassin, Bas, is facing the greatest challenge of his outcast existence. His young daughter, Molly, has been kidnapped. But her disappearance has brought the return of her mother, Myst, whom Bas has never forgotten--or forgiven.

Haunted by a vision that she's destined to create a weapon that will destroy thousands, Myst was never impulsive--until she met the irresistibly handsome Bas. But with the Brotherhood, the enemy of the high-bloods hunting for her, Myst had to stay on the run, to keep her child, and the world, safe. Now, with the most important thing in both their lives at stake, she and Bas must embark on a treacherous journey to save Molly, to confront the truth of Myst's fate--and to face their fierce desire for one another.

Coming to a sharp halt, he pulled out his phone and made a swift call to his security team.
“There’s a silver-haired woman leaving the building,” he said in clipped tones. “I want her followed.”
Keeping the phone in his hand, he quietly entered his daughter’s room, standing beside her bed to savor the sight of her tiny body curled beneath the blankets.
Usually he loved these moments. When the world was quiet and he could enjoy the knowledge his daughter was safe in his care.
But tonight his peace was disrupted by the lingering scent of honeysuckle that stirred sensations he hadn’t felt in far too long.
Damn, Myst.
Damn her to hell.
His phone vibrated and with long strides he headed out the door and into his bedroom across the hallway.
“You got her?” he demanded as he pressed the phone to his ear. He stiffened as the hunter Sentinel shared the bad news that Myst had somehow managed to slip past them unnoticed. “Shit.”
Throwing the phone across the room, Bas watched with satisfaction as it shattered in a spray of worthless technology. 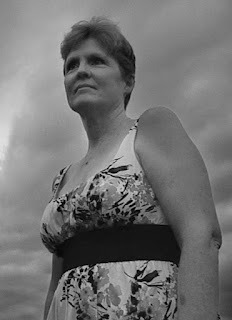 Alexandra Ivy graduated from Truman University with a degree in theatre before deciding she preferred to bring her characters to life on paper rather than stage. She currently lives in Missouri with her extraordinarily patient husband and teenage sons. To stay updated on Alexandra’s Guardian series or to chat with other readers, please visit her website at www.alexandraivy.com.