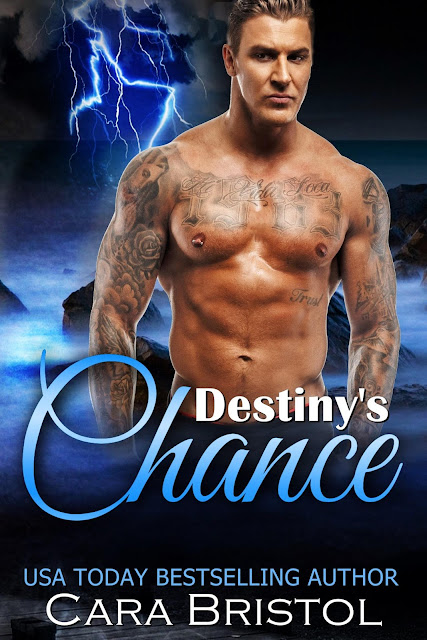 Fate gave her a gift. Is she brave enough to accept it?

Destiny Grable has loved Chance Everett for as long as she could remember, but he was never interested in her until a tragic act of fate grants her heart’s desire.

Chance is all hers—body, mind, and soul. But once they’re together, she discovers he has a kinky side she never knew about. Is she ready for it? Can she handle it?

And Chance isn’t the only one with a secret. If he discovers what Destiny is hiding, will he still want her?

Destiny expelled her breath in a heavy sigh and reached for the phone to try her parents one more time.
What the hell? She’d been too wrought by news of Zoe’s death to pay attention to much else, but now she noticed her arm looked…weird. Her wrist seemed thinner, her skin paler, the hair so fine it appeared almost nonexistent. And when had she gotten acrylic nails?
Her pulse rate doubled. The arm, the hand, the silver infinity ring on the index finger weren’t hers, but she recognized them. She fixated on the ID bracelet encircling the skinny wrist. RICHARDS, ZOE. And her friend’s date of birth.
They got the bodies mixed up. Gave you the wrong wristband.
But they couldn’t have switched arms. She flipped her hands over.
Destiny ripped back the covers and swore in frustration when the bed rail fought her frantic efforts to lower it. She forced it down, but her hospital gown caught in the metal. She tore it loose and scrambled for the bathroom.
Bruised and battered, Zoe stared at her from the mirror over the sink.
A nightmare. Wake up! Wake up! “No! No!” Slapping her face, Destiny searched for her plump cheeks, her ski-jump schnoz, and the mocha-brown eyes she considered one of her best features. The image mimicked her movements but presented high cheekbones loved by the camera, a perfect nose, and large blue eyes gone feral.
She yanked up her hospital gown. Where were her hips? Her boobs! She stared at her flat chest. She dropped the gown and screamed. 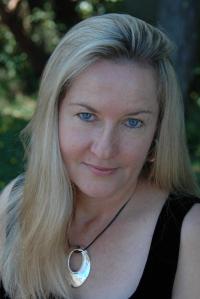