If I wasn't her student, it would be
Title: Game On
Author : S.C. Daiko
Genre: Contemporary, YA, Sports romance
Cover Designer : RBA Designs 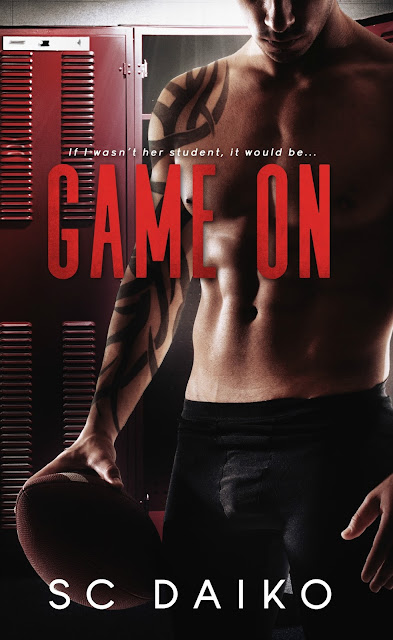 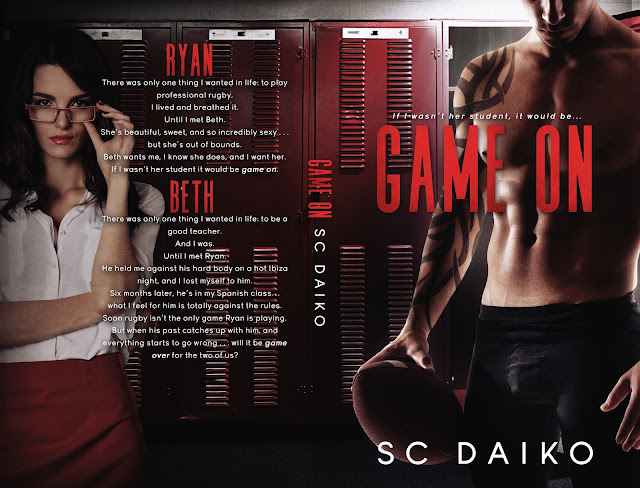 RYAN
There was only one thing I wanted in life: to play professional rugby.


I lived and breathed it.


Until I met Beth.
She’s beautiful, sweet, and so incredibly sexy . . . but she’s out of bounds.
Beth wants me, I know she does, and I want her.
If I wasn’t her student it would be game on.


BETH
There was only one thing I wanted in life: to be a good teacher.


Until I met Ryan.
He held me against his hard body on a hot Ibiza night, and I lost myself to him.
Six months later, he’s in my Spanish class… what I feel for him is totally against the rules.
Soon rugby isn’t the only game Ryan is playing.
But when his past catches up with him, and everything starts to go wrong . . . will it be game over for the two of us?

The music takes me, the throbbing bass rhythm carrying me into a whirlpool of movement; I sway my hips, arms crossed above my head. I’ve drunk too much but what the hell… I’m having fun. Moving my ass in time to the beat, I head back to the table and take another sip of vodka lemon, trying to act like this is what I do every Saturday night. The drink burns its way down to my belly, stoking my excitement.
Megan, my bestie and the bride-to-be, grins at me from where she’s sprawled on the corner sofa of the nightclub. “You ok, my lovely?”
“Having a blast,” I say, giving her a high-five.
We’re here on the party island of Ibiza for her hen weekend… me, my twin sister Chloe (not drinking as she’s trying for a baby) and Meg’s sister, Lowri, who’s had more than Meg and I combined. Lowri shoots me a tipsy look. “You’re such an amazing dancer,” she slurs.
Dance is my exercise of choice, and I love it. I grab her hand and pull her onto the floor, spinning her around while I shimmy to the sound, tossing my hair back from my face. “Oh God,” Lowri bleats, and her face turns green, “I think I’m gonna be sick.”
“Oops,” I lead her back to the chair she just vacated. “Put your head between your knees, sweetie, and I’ll fetch you a glass of water.”
Fifteen minutes later, I’m back on the dance floor, having left the recovering Lowri with Meg and Chloe. I’m lost in my own world, a world of music and movement. All around me, people are caught up in the buzz of the rave, a mosh-pit of gyrating bodies high on hedonism. Dutch house bounces off the walls, the floor vibrates beneath my feet, and lights strobe across the ceiling.
I smell him before I see him, a mix of musky male sweat and woody cologne. He towers over my five foot six frame, broad shoulders, slim waist, and totally gorgeous. I’m not wearing my glasses, and his denim-blue eyes clash with mine. He smiles, his teeth flashing white in a tanned face. “Hola,” he smirks, and it’s a smirk full of promise. “Cómo te llamas?”
“Beth,” I shout to be heard above the high-volume music.
“English?”
I nod as he steps forward to grasp my hips with strong hands. We sway together and I feel his hardness pushing against my tummy. My head tucks under his chin and I breathe him in. It’s been too long since I felt the pleasure of a sexy man…
No need to ask his name. He’s almost certainly a local and I doubt I’ll meet him again. I’ll just enjoy this for what it is: a brief encounter. I’m so turned on; I can feel my knickers sticking to me under my party dress.
His hot breath tickles my earlobe as he bends his head to nuzzle my neck. And then he’s kissing me, his lips warm and filled with lust, his tongue chasing mine. “Come, princesa,” he breaks away and tugs on my hand. “Let’s find somewhere quieter.”
The sensible voice in my head tells me not to be stupid. That I don’t have one-night stands. Never have. Never thought I would. But the past three years have taken their toll, and I’m fed up with listening to sensible Beth. Just this once. What harm can it do? I’ll make sure we use protection…
The cool night air is a relief from the sweaty heat of the club. We stagger through the fire escape door into an alleyway, and he picks me up like I weigh nothing. I wrap my legs around his waist; he presses me against the brick wall under a street light and kisses me again, harder this time, sucking my lower lip into his mouth before biting down on it and making me yelp with delight. His hands palm my needy tits, and I feel my nipples peak. Sweet Jesus, I’m so wet I could come right now.
“So, princesa,” he breathes, “you staying on the island long?” His voice is deep and melodic, but it doesn’t sound Spanish. It sounds… Welsh. No, that can’t be right. I must be in an alcohol-induced fog.
“Just for the weekend,” I manage to say between panting breaths. I run my hands over his ripped abs. God, he’s hot. I lean my weight into the wall and brace myself.
He pulls at my knickers, his fingers delving, testing. “Gonna fuck you, princesa. Is that what you want?”
“Oh, yes, fuck me, please,” I groan.
He reaches into his pocket and withdraws a foil packet, ripping it open with his teeth.
But a shout echoes down the passageway and a skinny young man comes running up to us. He holds out a cell phone, and gives it to my Ibizan (as I’ll think of him for the next six months). It’s then that I notice the tattoo of a scorpion on his hand... it burns its way into my consciousness like a branding iron, its tail raised ready to sting. I shiver to myself.
He puts me down and holds the phone to his ear, his blue eyes meeting mine. “I’m sorry, Beth. There’s been some trouble at home.” A pause. “Really nice meeting you, but I have to go.” He kisses me briefly on the forehead, and I notice the regret in his expression.
“It’s ok,” I say, even though it isn’t. I was burning up for him. “Hope you get the trouble sorted.”
“Me too,” he gives a hollow laugh.
I watch him stride away from me, and sensible Beth’s voice in my head tells me I’ve had a lucky escape. Six months later, I learn she couldn’t have been more wrong. 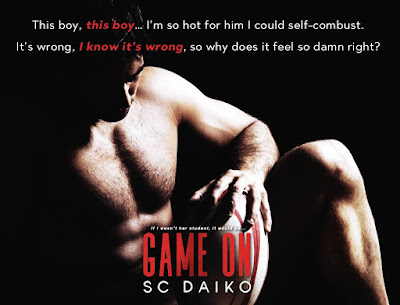 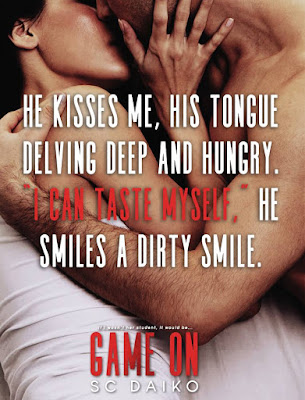 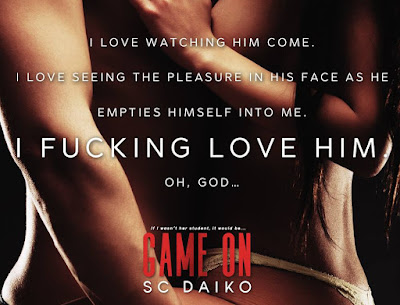 SC Daiko is a romance junkie who loves writing about strong heroines and hot alpha males. Originally from the UK, she now lives in Italy with her husband and two cats.
Nothing makes her happier than connecting with readers and fellow authors, and she feels it a privilege to be a part of the book world.