Cover Reveal ~ Stranded with the Cyborg by Cara Bristol 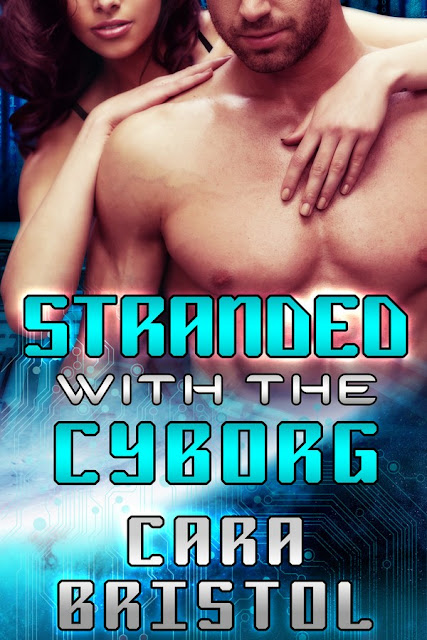 Stranded with the Cyborg by Cara Bristol

The daughter of the Terran president, Penelope Aaron resented the restrictions imposed upon her, but that was no reason to take it out on the man assigned to protect her. She regrets how she got Agent Brock Mann booted from the security force. But now that she’s an interplanetary ambassador about to embark on her first diplomatic mission, she still doesn’t want him tagging along. Especially since he seems to be stronger, faster, more muscled, and sexier than she remembers. And pretending to be husband? This mission couldn’t get more impossible!

Ten years ago Penelope Isabella Aaron had been a pain in Brock Mann’s you-know-what. Much has changed in a decade: “PIA” as he code-named her, has grown up and is about to attend her first Alliance of Planets summit conference, and Brock was transformed into a cyborg after a near-fatal attack. Now a secret agent with Cyber Operations, a covert paramilitary organization, Brock gets called in, not when the going gets tough, but when the going gets impossible. So when he’s unexpectedly assigned to escort Penelope to the summit meeting, he balks at babysitting a prissy ambassador. But after a terrorist bombing, a crash landing on a hostile planet, and a growing attraction to his protectee, Operation: PIA may become his most impossible assignment yet.

An excerpt from STRANDED WITH THE CYBORG

(This is unedited. Please forgive any boo-boos. But if you see some, let me know. Now is the time to point them out!)

“What was so urgent it couldn’t wait until I got back from Darius 4?” Brock flung himself into the wide-backed sensa-chair, which conformed to the angles and lines of his body to provide optimal support and comfort. He would have preferred that an android pleasure worker fit her realistic feminine form around him than a piece of furniture—as he’d been about to experience when the Cyber-Operations director’s summons had come through. “You’re the one who insisted I take respite time.”

“Drink?” Carter punched a button on his console, a cabinet slid open, and he removed a decanter. After pouring two shots of bronze liqueur, he shoved one across the desk.

“Why do you assume that?”

“Whenever you break out the Cerinian brandy, you’re either trying to butter me up or soften the blow.” He eyed the man who’d been his friend since they served together in the Terran Central Protection Office thirteen years ago. Carter’s blank expression betrayed nothing, but the brandy sang like a yellow songbird.

The director knocked back his shot, then thumped his chest with his fist. Cerinian brandy went down smooth until the afterburn lit your throat on fire. Or it did to one who was unaltered. Brock swallowed his and felt only slight warmth.

“I have an assignment for you,” Carter said, his voice hoarse from the liqueur. “The Association of Planets Summit is on Malodonus next week. There’s been a threat against…the Terran ambassador,” he hesitated like he expected Brock to short-circuit a computer chip.

After five years without a day off, Brock had been ordered to take R & R or be reassigned to desk duty. His irritation with the edict had been relieved somewhat when he’d arrived at the Darius 4 pleasure resort and discovered the android sex workers were almost lifelike.

First Carter told him to go, then he called him back. Brock wouldn’t blow any gaskets, but he was irked. Quit jerking me around. “What government official hasn’t received a threat? It’s part of the job. What’s so special about this case?” He shifted in the sensa-chair so its fingers could massage his lower back.

“According to intel, Lamis-Odg is involved.”

Lamis-Odg had contributed nothing significant or positive toward the advancement of society in thousands of years, yet opposed the AOP’s goal to draw the peoples of the galaxy into an alliance. Historically, the backwater planet had been more bluster than bite, but in recent years had resorted to terrorism to intimidate its adversaries.

Brock flexed his right hand. “How certain is the threat?”

“It’s being treated as a level two.”

Level one threats most often represented the rantings of a lunatic who would not act on the threat—or lacked the means to do so. In a level two, a specific target had been named by a perpetrator who might have the means to carry it out. Level three was considered probable, and level four was imminent.

Call me when it gets to level four.

Carter spread his hands. “I’m told the CPO has intercepted a transmission indicating the ambassador was recently placed on Lamis-Odg’s enemies of the state list.”

“So no specific plot has been identified?”

“No. The risk was bumped from level one to two because she is an ambassador, and other intercepted communiques suggest Lamis-Odg has become more active.”

“So why doesn’t the Central Protection Office handle it?” Guarding government and diplomatic personnel fell into their bailiwick. When he’d been a CPO agent, he’d managed level two and three risks all the time. While a two should be taken seriously, it didn’t require the specialized abilities of the covert Cyber Operations force.

“The ambassador has refused protection.”

“She has a meeting with the Xenian emperor to convince him to send a delegate to the Summit and join the AOP.”

Brock scanned his memory banks for information on the small planet in the Omicron sector. Like Lamis-Odg, Xenia had no interest in joining the AOP. Unlike Lamis-Odg, the Xenians weren’t hostile or violent—they were pacifists who shied away from conflict and interplanetary politics.

Carter continued, “She fears showing up with a security detail will send the message there’s something to be wary of.”

“Isn’t there?” Brock said drily, and then added, “if the ambassador has refused security then I don’t see why it’s our problem.”

The bad premonition that Brock had gotten when he’d received the summons, and again when Carter had broken out the brandy grew stronger. “Suppose you cut to the chase.”

“The ambassador is Mikala Aaron’s daughter.”

Pia. Short for Penelope Isabella Aaron, or as Brock had code-named his former protectee, Pain in the Ass. Every member of the Terran First Family had a designated CPO agent assigned to him or her.

An adolescent Pia had done her damnedest to dodge him. He couldn’t count the number of times he’d caught her attempting to sneak out of the executive residence unescorted. Nor had he appreciated her practical jokes and dirty tricks. When her attempts to shake him had failed, she’d lodged false charges of sexual misconduct.

Shot at numerous times during his career, Brock had been seriously wounded twice and almost fatally once. Pia had been his waterloo—or would have been if Mikala Aaron, aware of her daughter’s machinations, hadn’t stepped in.

Brock folded his arms across his chest. “It doesn’t have to be me. Get somebody else.”

“President Aaron has requested you.”

“Former President Aaron. She’s a civilian now. And we don’t report to the president anyway.”

Carter sighed. “I could order you to do it.”

As Cy-Ops director, Carter was Brock’s superior—technically. But the organization officially did not exist, and commanding a band of rogues who operated outside the law required finesse, rather than blunt orders. “You won’t,” Brock said.

Carter inhaled, held his breath for a moment, and then exhaled. “No. I’m asking you to do it—as a favor to me.”

“Don’t do this to me,” he said, arguing against the inevitable. He owed Carter his life. If not for the director, Brock would have died in a military hospital or been left a shell of man, a chunk of his brain gone, an arm and two legs missing. Carter’s secret force had whisked him from the intensive care unit to a clandestine cybermed installation.

Brock had been in no condition to consent to the treatment he’d been subjected to, but if he had been aware, he wouldn’t have hesitated. He wanted to live—but not as half a man. Cybermed docs had injected him with nanocytes, tiny robotic cells, and implanted a microcomputer in his brain to control them. He’d been fitted with prosthetic limbs. Under the influence of the biomimetic particles, he’d regenerated human muscle, tendon, and skin. Excruciatingly painfully, but it had happened. They’d kept him unconscious for most of it.

When he’d awakened, his body—and to some degree, his mind—had been rebuilt. He’d been transformed into a bigger, stronger, more resilient Brock. And then Carter had recruited him as a cyberoperative.

To call a cyberoperative to escort an ambassador to a summit meeting? Ridiculous. A waste of manpower. That the protectee was Pia, made it impossible. So maybe Cy-Ops’s involvement made sense in a twisted way.

Brock doubted that. “Does she know about me?”

“That you’re a cyborg? Of course not. She hasn’t been told anything about the program or even that you’re the one who’s been assigned to her.”

“Yeah, spring it on her. That will go over well.” He could envision the tantrum, and after she calmed down, the scheme she would devise to circumvent the decision. The last time he’d seen her, she’d been emerging from his quarters half dressed, a triumphant smile tilting her lips. Shortly, thereafter, two of his fellow agents had come to arrest him.

President Aaron had exonerated him; the transcripts from the investigation had been sealed; and he’d been offered a reassignment. Instead, he’d taken a position with an anti-terrorist investigative organization. His unit got attacked; his fellow operatives had died. Carter, who’d been working with Cy-Ops all along, had swooped in and saved his ass.

“I’m not saying I’ll do it, but hypothetically if I had a computer meltdown and agreed, what would be my cover story? I couldn’t tag along as her bodyguard because that would unsettle the Xenians.”

Carter poured another shot of Cerinian brandy and downed it. He met Brock’s gaze dead-on. “You’d accompany Ambassador Aaron as her husband.” 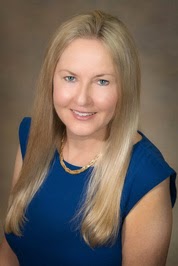