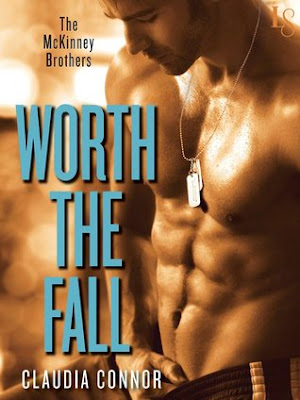 Prepare to be swept away by a talented debut author with a passionate, powerful story to tell. They meet on a beach. . . . Abby Davis isn’t wearing a skimpy bikini or sipping umbrella drinks, not when she’s busy chasing around four little ones. And Matt McKinney isn’t looking for fun—he’s a Navy SEAL, a grown man with a long list of missions . . . and fallen brothers. They only have a week. . . . Abby has brought her children to this beach to start over, to give them the enjoyable memories they deserve. Matt’s been sidelined by a combat injury, and haunted by the best friend he lost and the promise he made: to remain a SEAL—focused and dedicated. This leaves no time for what he’s always wanted: a family. But a week is all it takes. . . . Matt opens her heart while Abby soothes his soul. And though they plan to say good-bye when the week is over, something magical happens on that beach, something neither can forget. Something utterly, completely worth falling for.
Gepost door Jolanda op 09:18 Geen opmerkingen:

Scottish Werewolves: freaky Vampires and a Slayer with a bad addiction and an insane legacy. Add a big dose of sarcasm, sizzling chemistry; a lot of silver and a ton of blood and . . . Welcome to the Blood Series. They're back! The Blood Series has been revamped and repackaged and will be re-released on August 25th 2014. 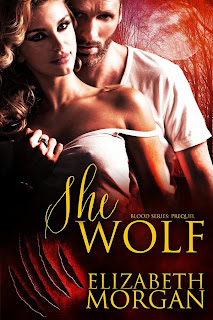 She-Wolf (The Blood Series Prequel) Blurb: Dealing with the Rogue Werewolves terrorizing his Pack? Simple. Trying to convince his mate he does want to be with her? Bloody impossible. Owen MacLaren is the Alpha's son and the Pack's second, and he has never been one to let anything get to him. So when a bunch of Rogues begin purposely dumping mutilated bodies around the Pack Keep, he is more than ready to deal with the Werewolves responsible. But one night off and a trip to a local strip joint for a colleague's stag night changes things, and Owen soon discovers he isn't immune to everything . . . . Being an independent Loup and travelling the world? Easy. Having to come home and face the Werewolf who broke her young heart? Challenging. After five years away, Clare Walker finds herself back home in Scotland, working in a strip club. The tips are decent, and she gets to dance, but it isn't a place she thought she would ever be, let alone Owen, her Pack second and the mate she has always desired. Although Owen is determined to prove he wants to be with Clare, things can't go smoothly between them, not when they have past issues to sort out and a bunch of unusual 'Rogues' to deal with. Coming August 25th 2014 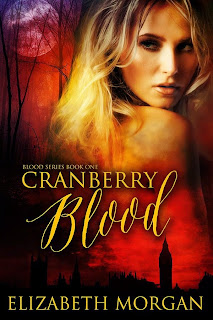 Cranberry Blood (Blood Series: Book One) Blurb: Killing Vampires? Easy. Tracking someone? Simple. Helping, and protecting a Vampire slayer . . . . Bloody hard work! Thirteen years ago, Brendan Daniels made a deal with a psychic. In exchange for information on the whereabouts of a Rogue Werewolf, he promised to help and protect Sofia's granddaughter. Unfortunately, he had no idea what he was letting himself, or his Pack, in for. Nothing about Heather is simple, from her weird dietary needs to her life’s mission. The girl can handle herself, but the promise to protect her soon becomes a need, and one he can't fully understand. Vampire Slayer. Born Infected. Addicted to blood . . . but not by choice. Heather Ryan is the current Slayer in a long family line. Like all before her, she has spent her life searching for her ancestor, Marko Pavel, the Vampire her family has sworn to kill. If that isn't complicated enough, she is also a born "Infected", and to keep her from becoming insane or giving in to her darker side, she is on a very strict diet. Now that her Grandmother Sofia has passed, it is up to Heather to take the family legacy into her own hands. Or at least, it would have been...if her Grandmother hadn't sent a Werewolf to help her. What is the irritating Brendan supposed to help her with? Sofia never told either of them. Luckily, it doesn't take long for Heather and Brendan to find out that the Vampires have big plans, and that the Leeches have waited a long time for them both. Coming August 25th 2014
Gepost door Jolanda op 16:46 Geen opmerkingen: