Today we have the release week blitz for THE RUNAWAY by Jennifer Bernard! Check it out and be sure to grab your copy of this sexy romance today! 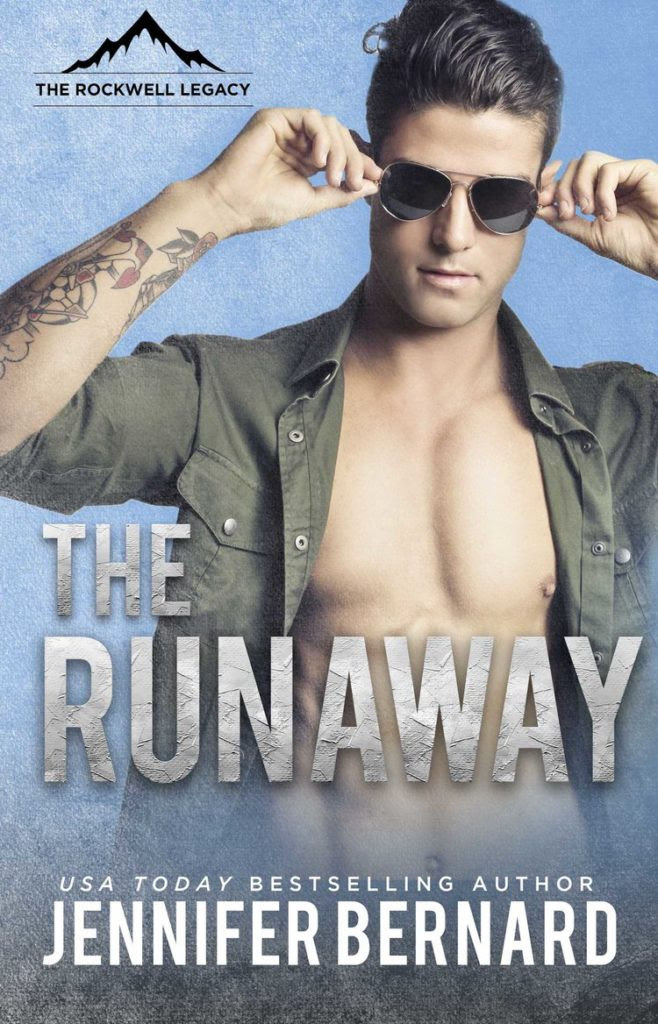 He knew she’d be nothing but trouble… The moment she drifted into his marina, Mark Castellani knew Gracie was different. Resisting the blond pixie’s breezy approach to life is difficult, but Mark’s had years of practice living for simple pleasures that don’t extend beyond the next sunrise. Why long for anything lasting when he knows how quickly his whole world can be flipped upside down? A bombshell long-lost memory finally explains why Gracie Rockwell never quite fit in with her boisterous family—she isn’t a Rockwell, after all. Desperate for answers, she leaves her beloved Rocky Peak Lodge in search of the little boy who saved her so long ago. Did he grow up to be the gorgeous-but-guarded Mark Castellani? What does he know about her true origins? If only she could pry some answers from her enigmatic new boss—and get rid of her massive crush. But while she’s eager to uncover the past, he’d rather bury it forever. Mark was right—Gracie is the kind of trouble he never wanted. But she’s exactly the trouble he needs.

Get Your Copy Today: 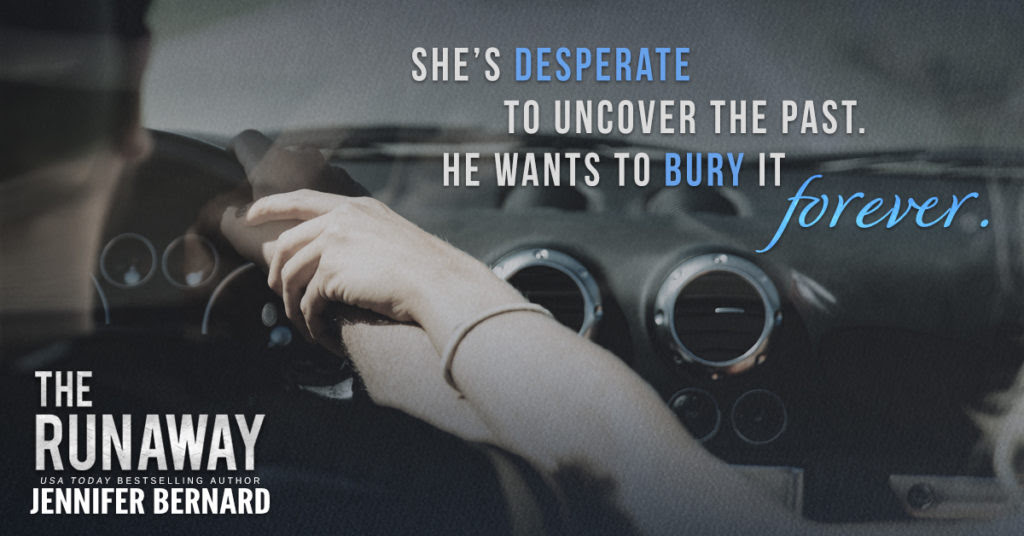 Catch Up On the Series: 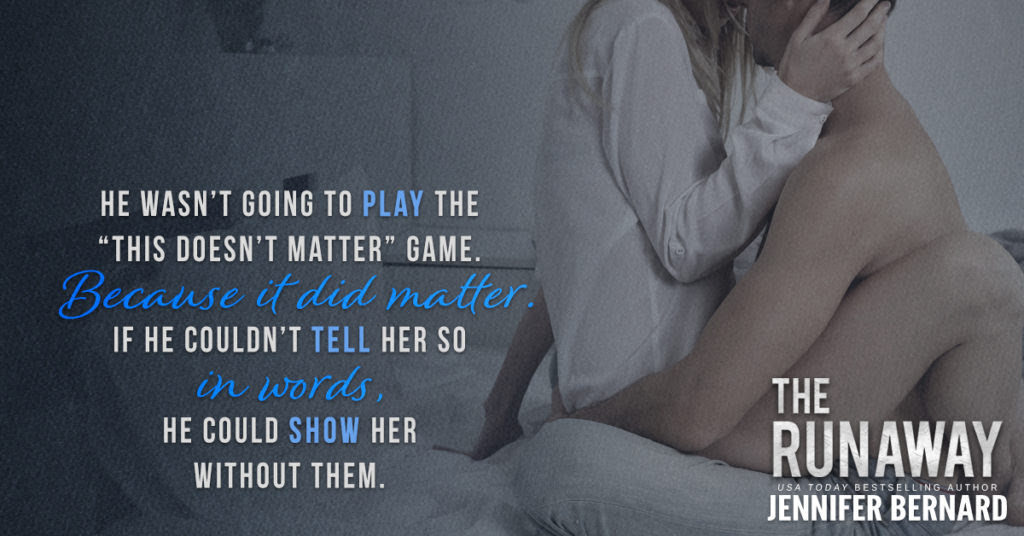 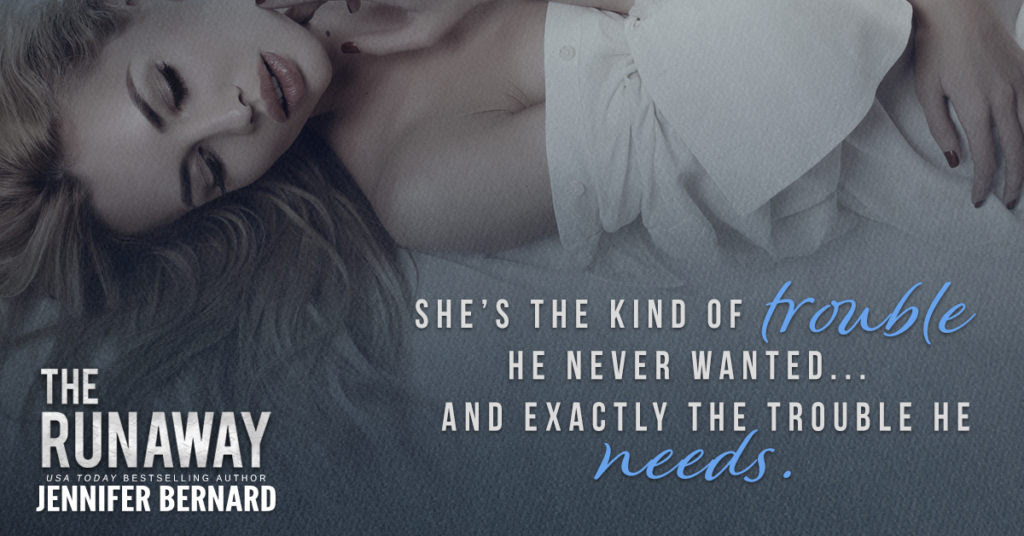 Jennifer Bernard is a USA Today bestselling author of contemporary romance. Her books have been called "an irresistible reading experience" full of "quick wit and sizzling love scenes." A graduate of Harvard and former news promo producer, she left big city life in Los Angeles for true love in Alaska, where she now lives with her husband and stepdaughters.  She still hasn't adjusted to the cold, so most often she can be found cuddling with her laptop and a cup of tea. No stranger to book success, she also writes erotic novellas under a naughty secret name that she's happy to share with the curious. 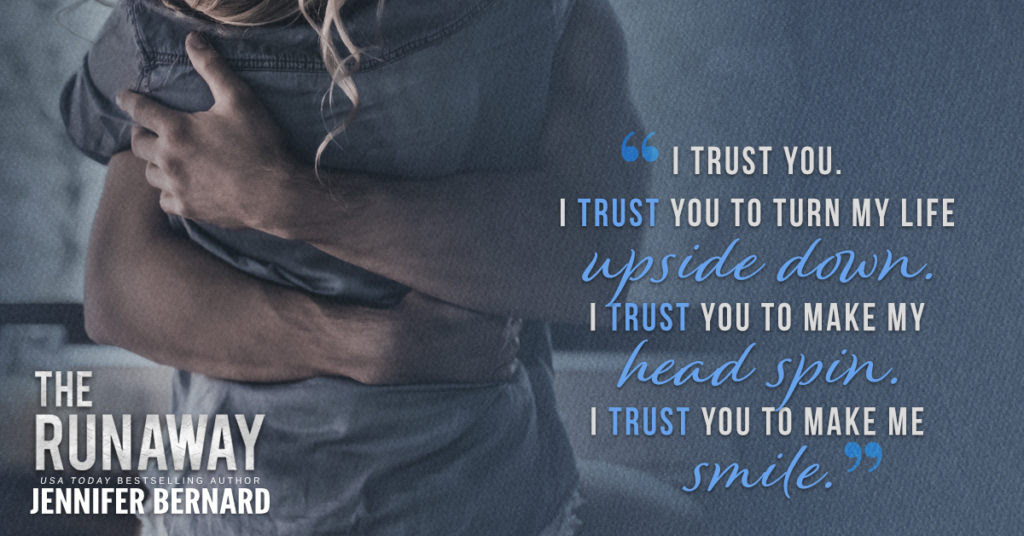 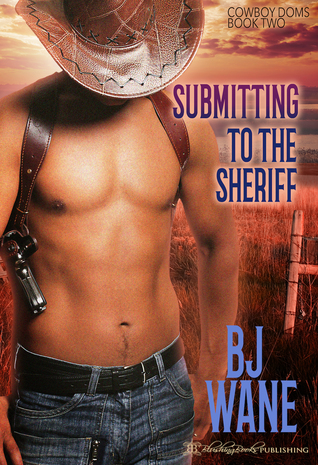 
After overhearing two crooked Chicago cops plotting against her, Avery Pierce goes on the run, not knowing who she can trust. When her low finances force her to take a job as a sex phone operator, she struggles with her inexperience. When a caller senses her desperation and inexperience and offers assistance, she’s tempted to agree.
As soon as Sheriff Grayson Monroe meets the new waitress at his favorite diner, something about her strikes a familiar chord. When he sees her enter The Barn, his BDSM club, the desire to get to the bottom of her evasive eyes and answers to his probing questions takes hold. He’s determined to find out who she really is and what is troubling her.
After an icy mishap, Master Grayson has finally run out of patience. One way or another, Avery will tell him the truth. But is it too late? Has danger already found her? Can Grayson come to her rescue or will she lose everything she has just gained?
Publisher’s Note: This is book two in the Cowboy Doms series but can be read as a standalone. This contemporary western romance is intended for adults only and contains elements of power exchange, adult language, sensual scenes, danger, mystery and suspense. If any of these offend you, please do not purchase.

A phone sex operator. What the heck had she been thinking?
Taking a deep breath, Avery followed a tip Esmerelda passed on when she hired her and draped the thin scarf intended to disguise her voice as huskier than it really was over the phone given to her by the agency. Pressing the green button, she answered, praying she could do a better job keeping this person on the line longer than she had with her first attempt at seducing a stranger over the phone.
“Midnight Whispers. How can I pl… please you?” Avery winced at her stutter, those words tripping her up the same as with the first call. She chilled at the slight pause, but when the voice finally came through, the deep, amused rumble sent an unexpected wave of warmth through her.
“Excuse me, sugar. I must have dialed wrong.”
“Wait!” Panic and desperation turned her voice reed thin as she tried to stop him from hanging up. “Please, can you just… talk to me for a minute?” How stupid, she moaned, knocking her head against the headboard. At the price per minute they would charge him why would he stay on the line? He paused again and then asked her a question that threw her for a loop with his astuteness.
“You in some kind of trouble, sugar?”
“I… why do you ask that?” Was the man a mind reader?
“Let’s say I’m good at listening to women, hearing what they need without them saying so. It can help to talk, even to a stranger,” he offered, surprising her yet again.
Not in this case. If only she could. Confiding in someone, anyone would be such a relief. But telling anyone how Darren had used her and ensured she would fall under suspicion should his evidence stealing ever be discovered was not an option, at least not until she could find a way to keep her name clear.
“N… no, there’s nothing I need to… talk about.” She sighed in despondency. “I… I’m just desperate for money,” she admitted. Why not? At least that much was true, and at this point she had nothing to lose by revealing that personal tidbit to a stranger. Damn it, there he went with another pregnant pause, leaving her struggling to swallow past the lump of dread lodged in her throat as she waited for the buzz of a disconnected call to ring in her ear.
“And this was your only option?” Doubt colored the rich tenor of his voice before turning to one of regret. “I’m sorry. I’ll let you get back to work then.”
“Wait!” she gasped again, not believing she was about to do this. Given how nice he’d been so far, what could it hurt? It wasn’t like they would ever meet. And what other choice did she have? “Would you mind giving me… some pointers? You know, on what I could say that might…” Avery winced, gripped the phone tighter and rushed to say, “make you want to keep talking to me?”
Amusement crept back into his voice as he returned in a dry tone, “You really are desperate and out of your depth, aren’t you?”
“Yes,” she breathed. There was no point in denying the obvious.
“I’m much better at telling and showing women what they want, what turns them on. Let’s go with that and then you can turn it around for your next caller. Are you somewhere private?

Author Bio:
I live in the Midwest with my husband and our dog, a lovable Great Pyrenees/Standard Poodle. I love dogs, enjoy spending time with my daughter, babysitting dogs and kids, reading and working puzzles. We have traveled extensively throughout the states, Canada and just once overseas, but I now prefer being a homebody. I worked for a while writing articles for a local magazine but soon found my interest in writing for myself peaking. My first book was strictly spanking erotica, but I slowly evolved to writing erotic spanking romance with a touch of suspense. My favorite genre to read is suspense.