Saving the world is much harder when you shouldn't exist.

Freya is the closest kept secret in the government. Her psychic powers alone strike fear into her superiors. Working as a double agent for the Resistance, she must devise a plan to destabilize the government that has her under constant supervision, as well as every other citizen.

As one of only three living men, Bash is her unlikely accomplice. Behind the scenes, he is the deadliest hacker that has ever worked for the Resistance. Determined to overthrow the government that made his gender illegal, he won't stop until the Dystopia is destroyed.

When an ARI spy manages to locate their headquarters, both of them must find a way to keep the existence of men a secret.

If you love badass heroines, bearded men, and sizzling romance that will keep you up all night long… Join the Resistance and download Vengeance Executed today!

"I can't get over how big this place is." Tris'Tyn's voice broke Bash's sexual fantasy starring Freya.
"It's huge, so large that you're not sure how to deal with all of it." A grin flashed on Freya's face. Bash scowled at her choice of words as memories of the first time they made love surfaced. She'd never seen one in person before and worried he wouldn't fit. He'd proven that theory wrong.
"It's nothing like the Resistance camp I came from."
"That's because they weren't the Resistance." Bash growled as he raised an eyebrow at Freya.
"I meant to ask what you meant by the 'real Resistance'." Tris'Tyn's gaze bounced to her.
"You don't have to worry about that anymore. You're with us now and soon we'll strike the final blow to ARI and the Sovereign. Then everyone will be free." Nova interjected with a glare at both Freya and him. Busted.
After Tris'Tyn and Nova got off the lift, Freya grinned at him. When she straightened from the wall as the doors opened at their stop, Bash swooped her up into his arms then tossed her over his shoulder. It brought back memories of the first time he'd done it at the safe house where they'd stayed right after they met.
"Are you serious right now?" Her fists pounded against his back.
"Sorry, not sorry." He didn't hold back the laugh. "But if you want to give me a massage, my lower back is a bit tight."
She slapped his ass before giving in. Just like last time, there was only so far she could go without hurting him and he knew she wouldn't risk that.
Placing his hand against the wall to reveal the bioscanner, he remembered it was unnecessary. All he had to do now was imagine the door opening and his nanites used the wireless communication system to pass the security codes and open the door. Another thought sealed the door as he tossed Freya on the bed.
Scrambling to sit up, she glared at him. "Was that really necessary?"
"Not in the slightest, but it was fun.

FREE for a very limited time!

Zoey Indiana was inspired by the idea that everyone deserves love and their own happily ever after, she loves to write about heroic heroines who go on amazing adventures while finding the love they deserve. After creating her first fictional planet where amazing creatures roamed at age ten, she was determined to prove love could be found in the stars. In addition to writing, she listens to eclectic music, practices Krav Maga, and takes on home improvement projects just for the fun of it.

Are they willing to sacrifice the duties that have pulled them apart to battle for a future together?

Sacrifice of Darkness, an all-new novella in the A Guardians of Eternity series from New York Times bestselling author Alexandra Ivy, is available now!

Javad has one rule. No fighting pits.

It doesn’t matter that the savage battles have been a tradition among demons for eons. As the manager of the Viper’s Nest in Vegas, his word is law. Period. Then he hears rumors that some fool has dared to create a fighting pit in the middle of the desert. He goes in search of the hidden location, only to realize too late it’s a trap by his former master Vynom. The powerful vampire is determined to force Javad to fight once again. This time to the death.

Terra is a rare fey creature known as a Seraf. Long ago she’d been captured by Vynom and forced to heal the fighters he used in his pits. Javad had rescued her, and she’d given him a medallion. If he ever needed her, all he had to do was to speak her name and the magic would lead her to him. When she hears his call she doesn’t hesitate to rush to his rescue. Even when it means returning to the dark violence that still haunts her dreams.

Can they escape the nightmare that nearly destroyed them in the past? And if they survive, are they willing to sacrifice the duties that have pulled them apart to battle for a future together?

**Every 1001 Dark Nights novella is a standalone story. For new readers, it’s an introduction to an author’s world. And for fans, it’s a bonus book in the author’s series. We hope you'll enjoy each one as much as we do.**

Javad’s eyes shimmered with a stunning bronze, his snowy white fangs lengthening as he reacted to the scent of her desire. Leaning forward, he brushed his lips down the length of her jaw before nuzzling the corner of her mouth.
“You are very distracting.”
Terra shuddered, her stomach cramping with pleasure. It’d been so long since a male had touched her. Not since Javad had kissed her goodbye in the sewers beneath Athens.
Now her entire body was going up in flames.
“Am I?”
He scraped the tip of one fang over her lower lip. “Yes.”

Like most writers, I was born with an avid love for reading.


Growing up in a small town in the Midwest, I can’t remember a time when I didn’t have a book in my hand or wasn’t dreaming up wild stories in my head. And when I stepped into my local library for the first time I thought it was paradise. There were so many books on the shelves I didn’t know where to start!
Still, I didn’t plan to grow up and become a writer. I was much more interested in a glorious career as an actress on Broadway.
I followed my dream by acquiring a degree in theatre and performing for several years in summer-stock productions, but after I married my college sweetheart I decided to put the career on hold while we started a family. After the arrival of my two sons, Chance and Alex, I found myself seeking a new creative outlet and decided to turn my occasional scribblings into a genuine effort to get published.
I’d like to say that I was an overnight success, but the truth is that it took years before I finally got ‘the call’. The rejections were painful, but now I’m relieved. All those manuscripts that I thought were the next Great American Novel are now exactly where they belong…gathering dust under my bed.
They did, however, help me learn my craft, and just as importantly, they gave me the opportunity to enjoy writing in a wide variety of genres as I searched for my voice. Which no doubt explains why I started writing traditional regencies under the name Debbie Raleigh and then moved to steamy historicals under the name Deborah Raleigh before transforming into a contemporary paranormal writer as Alexandra Ivy. Now my career spans everything from erotica to romantic suspense.
When I’m not writing I love to travel, it doesn’t matter where I’m going as long as it doesn’t include any cooking or cleaning. I also love to spend time with my family who continue to be my greatest source of inspiration. And since some things never change…when I have a few minutes, you can still find me with a book in my hand! 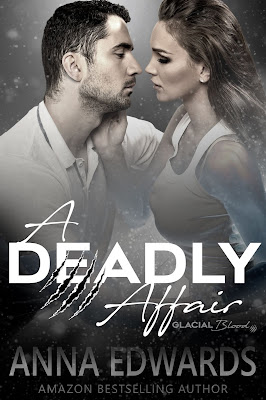 Jessica Raven is a powerful witch and loyal member of the Glacial Blood pack. Her only regret in life was devoting so much time to her ex-lover Ciaran, who’s now beta to a tyrannical polar bear shifter. Did she unknowingly help him set in motion a chain of events, which looks set to destroy the world as she knows it? Or is she the only one who holds the key to stopping him?
Ethern Lennox is a member of the shifters’ Council with a hidden loyalty to the Glacial Blood pack. He’s been preparing for war with the human world for several years now, both in his role on the Council and in quiet behind the scenes. He knows more about the supernatural powers out there than anyone else. Will he be able to use them in time to stop Nuka Lincoln’s pack taking over? Or will he fall short and possibly even lose his own life?
As the fight between good and evil takes a dramatic turn, Jessica and Ethern find themselves under increasing pressure. Can they find a way to stop Ciaran before he reveals the existence of shifters to the human world?
Welcome to the bestselling Glacial Blood series, a world of shifters and witches, magic and mayhem, unforgivable lies, and unbreakable love. A world where family is born not only through blood but through a bond of friendship and loyalty. With plenty of threats to come—and a secret that remains untold. 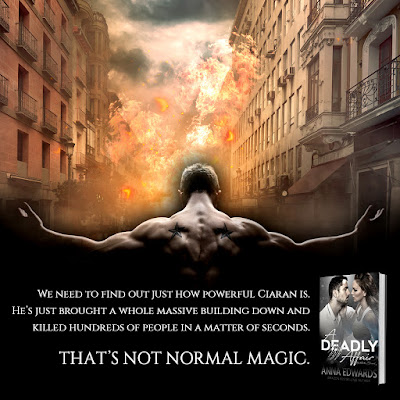 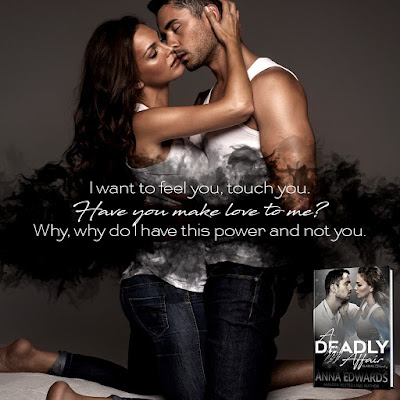 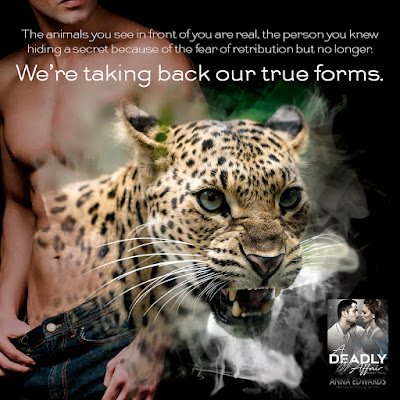 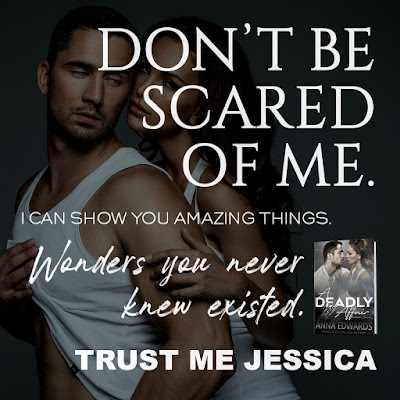 All I am a British author, from the depths of the rural countryside near London. In a previous life, I was an accountant from the age of twenty-one. I still do that on occasions, but most of my life is now spent intermingling writing while looking after my husband, two children and two cats (probably in the inverse order to the one listed!). When I have some spare time, I can also be found writing poetry, baking cakes (and eating them), or behind a camera snapping like a mad paparazzi.
I'm an avid reader who turned to writing to combat my depression and anxiety. I have a love of travelling and like to bring this to my stories to give them the air of reality. I like my heroes hot and hunky with a dirty mouth, my heroines demure but with spunk, and my books full of dramatic suspense.