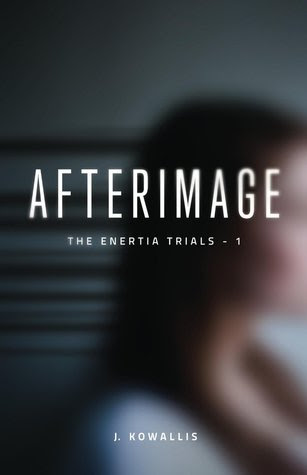 
Reggie’s dreams . . .
aren’t dreams.
Visions of the future flood her mind like shards of broken puzzles. Caged in her cell, every morning begins the same. She’s drugged, tortured, and images are torn from her memory by Public One.
Until the morning everything changes. The vision is different. The future’s never been about her, and now she knows they’re coming for her:
Nomads.
How will she convince them to keep her alive when Nate, their leader, doesn’t like or even trust her? To him, she’s a science experiment. A machine.
When Public One will do anything to keep her, Reggie must make a decision: remain a slave to her past, or risk her future to venture into a world more terrifying than she’s ever known. 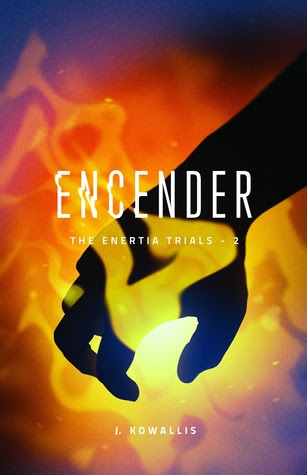 They say you feel cold when you die.
The people I’ve killed would beg to differ.
For twenty-something Ransley, the adopted daughter of famed street fighter Estevan Benitez, fighting is all she knows. One hidden detail separates her from the endless string of her pathetic opponents: she can craft and influence heat and fire.
When she’s pitted against the strongest fighters at the infamous Argolla, Ransley faces something she never expected:
A man like her.
Roydon can duplicate himself. When the two collide in the ring, a chain of deals turns Roydon over to Public Four and he’s taken away to undergo the disturbing process of the Nexis. What it is, or what it does, no one outside of The Public knows.
Driven by guilt and a desire to release the only person she’s ever met who’s like her, Ransley isn’t about to leave him for dead—not when he might hold the answers to her missing past. Now she must trust a pair of strangers: a former military man out to collapse the system, and a woman whose premonitions could tear them all apart.

Excerpt
Dirt floated around in the air and the explosions of yells and horns echoed through the city. Caspar and his men took a position near the side of the ring and watched little Pedro grab the communicator and step into the center with his sloppy madre beater and torn khakis.
“HOLAAAAA . . . DAMAS Y CABALLEROS.” He laughed over the com with a rough cackle. “WE HAVE A TREAT FOR YOU TONIGHT! IN FACT, NOT JUST A TREAT, BUT A BOUNTIFUL DESSERT PLATERRRR. WE HAVE FOR YOUR BETTING PLEASURE, THE CHAMPION FROM HONDURAS, THE GIANT, THE KONG AMONG MEN. YACOOOOOOOOOOOO!” He howled into the com and the crowd cheered and screeched with both excitement and hate.
Caspar’s crooked smile played on his face. He watched Yaco push the rope down and step over it. Yaco’s head sat on the top of his shoulders like a pumpkin on a horse saddle. His floppy fat-sagging pectorals hung down and rested on his protruding stomach. Caspar never saw the fight that caused it, but a long diagonal scar ran across Yaco’s left eye and into his hair.
“AND LAST, BUT SURELY NOT THE LEAST OF THESE, MY BRETHEREN.” He laughed again, “THE STUDENT OF THE MASTER, THE SON OF THE LOS ÁNGELES FIGHTING CHAMPION, ESTEVAN “THE GOD”… RANSLEY BENITEZ!”
Whatever sense of confidence Caspar had before the fight dropped from his soul. A woman, perhaps shy of twenty-five with boyish hair stepped into the ring, and pulled off the zipped-up hooded sweatshirt she wore. Wearing a dirty tank and utility pants, she popped her neck and threw a few practice hits in the air. Caspar started to shake his head, waving his arms to get Pedro to stop the fight. Estevan must have been out of his mind. Caspar took back everything he’d said to Faron about Estevan—it wasn’t guilt that tore the old man away from the ring all those years ago, it was insanity.
“OOOOOOO, WHAT’S THIS? A WOMAN?!”
The crowd split into raucous laughter, and cans and bottles flew from the bleachers into the ring at the girl. She ducked and kicked them away. A flash of fury ran through Caspar. He pushed his way around the ring, searching for Estevan and signaling Pedro to stop the fight. Finally, Pedro raised his arms in defense, laughing all the while looking at the hard body of the woman up and down. A man on the sidelines reached for her and she immediately twisted his arm around, breaking his wrist.
“Benitez!” Caspar yelled. Estevan Benitez, unflinching, turned his head and looked down on him. Even though the legend was twice his size, Caspar still cursed at him, jabbing his pointer finger into Estevan’s shoulder. “Listen, hombre. I don’t know if you’re stupid or lost your freaking mind, but there’s no women in the Argolla. You got that? You wanna get a chick to fight, take her to The Public hair salon! This is a men’s only fighting ring. No hoo-has, no boobies. All right?”
Estevan’s nostrils flared with each word he spoke. His voice noticeably harsher and more grated than before. “She’s in the ring, Caspar. What are you going to do? Give everyone their money back? Miss out on all those pesos?”
He’d lose everything. No matter what he did. If he canceled the fight and put another fighter in, the crowd wouldn’t put up with that. If the fight moved forward . . . and then he paused . . . if the girl fought, she’d lose. Everyone was betting on her. Anything lost would go directly to himself. The little throb in his neck started to dissipate and he looked at Estevan coolly, his words frosted with disgust and greed.
“Fine. She fights. It’ll be fun to watch a woman pounded into a bloody mess. Especially since she’s your deserting ass’s daughter. It’ll be a shame, though. I would have liked my own chance to, uh . . .” Caspar slithered his eyes over to Ransley in the ring while she leaned over the rope cursing at the people yelling obscenities at her and licked his lips, “take her down.”
Estevan’s hand lashed out, gripping Caspar’s vest and pulling him forward. The hard clicks of Faron and Adelmo’s handguns snapped at Caspar’s sides, raising the barrels to the old fighter.
“I dare you,” Caspar sneered, his face only inches away from, what he knew, would have been death under any other circumstance.
Estevan’s eyes darted between the two barrels and loosened his grip on Caspar’s clothing.
“Like I said . . .” Caspar brushed himself off and pulled out his own gun, waving it in front of Estevan’s knotted and scarred face. “Coward.”
With a wave of his hand to signal Pedro, Caspar turned on his heel. The crowd went insane. Pedro called into the com again, his face split into a grin. “AND THE FIGHT IS ON! FOR THE FIRST TIME IN LOS ÁNGELES HISTORY, A WOMAN IS FIGHTING IN THE ARGOLLA!”
Caspar motioned Pedro toward him and the stumpy man waddled toward him.


“Remind everyone,” he whispered, “all bets are final.” 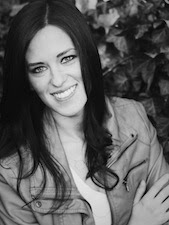 J. Kowallis, the only girl of four children, grew up in northern Utah with a head full of wild stories (most often unreal). At the age of 9, she wrote her first poem, a dedication to E.B. White’s Charlotte’s Web. It was so intriguing, her third grade teacher requested to keep the original. Between living in various fictional worlds, and spending time on her studies, she managed to graduate from Weber State University’s creative writing program. She now lives in Utah with her Mini Schnauzer, Etta, and spends most of her time still bouncing between this world and the fantastical while enjoying delectable über-dark chocolate and lavender baths. She enjoys dreaming about, flying to, and writing about distant lands (real or unreal).