Danger and desire…for one Interstellar Bride, they prove an irresistible mix.

Whitney Mason is the daughter of a Wall Street con man. When he is sent to prison and her family’s name is destroyed, she is eager for a new life on a new world. Anywhere but Earth. Tested by the Interstellar Brides Program, she is matched to a strong Viken warrior. What she doesn’t know is that her mate and the other two warriors waiting to claim her are on a secret and dangerous mission for the Coalition Fleet’s Intelligence Core. From the moment she arrives on Viken, they are forced to lie to her… about everything… except their desire.

For Alarr, Oran and Teig, the arrival of a bride is an unexpected complication. The timing couldn’t be worse, but IC command is thrilled. A bride is the perfect cover, giving the fighters access to every inch of the famous pleasure resort where they are working undercover. The males are eager to satisfy their new mate, but keeping her safe is their top priority, even if that means lying to her and using her pleasure to take down the enemy. But their sexy mate’s past will come back to haunt them all, for even if they survive the mission, the truth will be revealed and their beautiful, curvy female can forgive anything—except lies. “Get our mate a cloak. Now.” I turned at the sharp command and saw a fierce-looking male with military short blond hair and eyes that saw right through me. His look made me shiver again, my nipples hardened, and my body clenched with remembered pleasure.

It had not been him in the dream, but someone similar, a male whose voice demanded compliance. Dominance. And while I was on the other side of the universe, I’d woken up from my testing no more than thirty minutes earlier, the sounds and feelings from the testing still flowing hot and wild in my blood. And that voice? He was hot.

I met his gaze and shivered again. No. Cold. Like ice. Ice that burned.

Warden Egara knew exactly what she was doing to us brides, didn’t she? Get us hot and bothered with the processing dream, then ship us off to hot, virile alien warriors with lust in their eyes and bodies as hard as rocks.

Both Alarr and the blond male were not even trying to hide their interest. Nor the way their hard lengths bulged beneath their pants. And as much as the intensity from the blond male made my body clench, I was grateful to have Alarr’s hand in mine, his calm, firm staid assurance that things with the ice man wouldn’t go too far.

I’d never been pushed out of my comfort zone when it came to sex. But I knew that was going to change, and the thought both thrilled and terrified me. 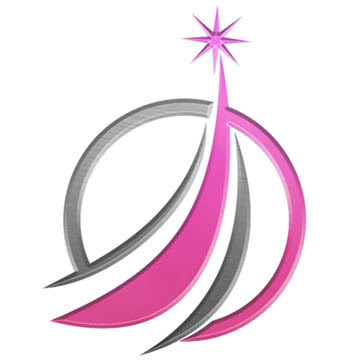 Grace Goodwin is a USA Today and international bestselling author of Sci-Fi and Paranormal romance with nearly one million books sold. Grace's titles are available worldwide in multiple languages in ebook, print and audio formats. Two best friends, one left-brained, the other right-brained, make up the award-winning writing duo that is Grace Goodwin. They are both mothers, escape room enthusiasts, avid readers and intrepid defenders of their preferred beverages. (There may or may not be an ongoing tea vs. coffee war occurring during their daily communications.) Grace loves to hear from readers.